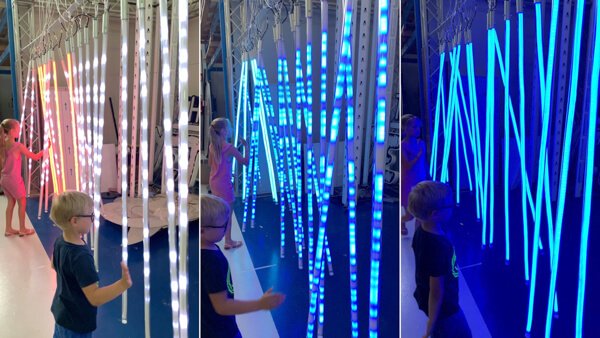 Smart Hanging Tubes is the Fun-Led solution to add a funny, interactive and original trick to your Fun House. It deals with a system of smart RGB LED tubes, equipped with a sensor, which light up in synchro when touched.

The system is composed by polycarbonate tubes with a diameter of 30 mm and a length of 1750 mm inside which a flexible tube is housed, with 144 RGB LEDs per meter, for fluid, high-definition sequences, with 360° lighting. The tube is equipped with a special aluminum ending in order to be hung on a proper structure in total safety. The innovative feature of the system is the change in the light effect when the tube is moved because it is touched by the people who find it on their path. Each tube is equipped with a smart 2-states sensor which detects whether the tube is stationary or moving.

A lighting system is made up of maximum 20/30 Smart Hanging Tubes. They are synchronized with each other and they all perform the same sequence, according to their status. They are controlled by a specific control unit which stores the light effects that the user can independently select. The control unit is available in two models: a standard model and an enhanced model, which differ in the number of stored programs. The standard model has 10 programs, that can be selected during the installation phase by acting on the wiring. The enhanced model has 23 programs that can be easily selected at any time by the user, thanks to a remote touchscreen connected to the control unit via an Ethernet cable. 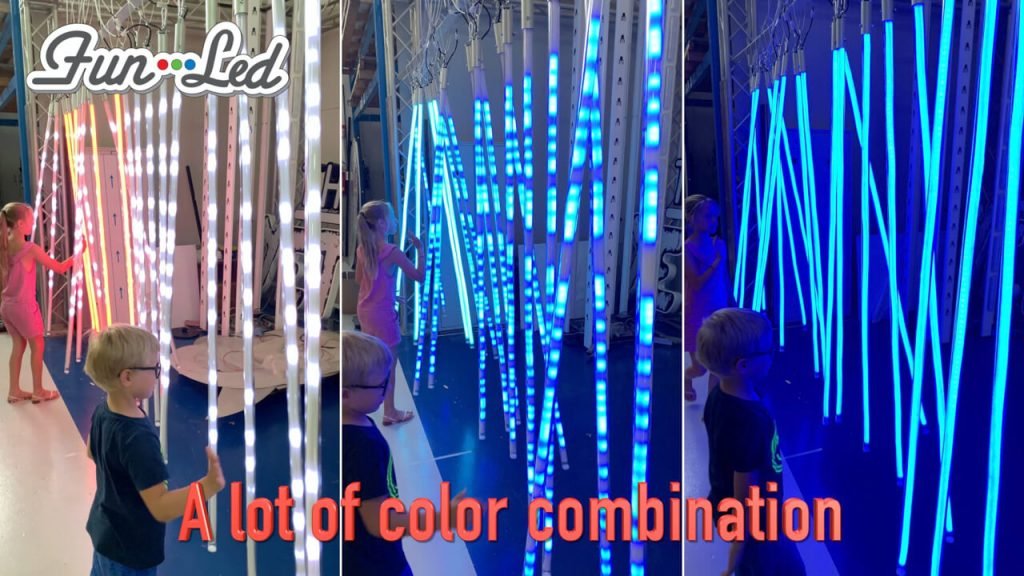 You can find out more about which cookies we are using or switch them off in settings.

This website uses cookies so that we can provide you with the best user experience possible. Cookie information is stored in your browser and performs functions such as recognising you when you return to our website and helping our team to understand which sections of the website you find most interesting and useful.

If you disable this cookie, we will not be able to save your preferences. This means that every time you visit this website you will need to enable or disable cookies again.

This website uses Google Analytics to collect anonymous information such as the number of visitors to the site, and the most popular pages.

Please enable Strictly Necessary Cookies first so that we can save your preferences!